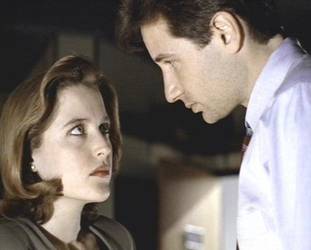 These are short vignettes reflecting the romantic and professional relationship of Dana Scully and Fox Mulder. The first set I had written is entitled, Beginnings. This set features a what if? situation if Mulder and Scully started to embark a romantic relationship before they were partnered together. However, in this universe, Samantha Mulder was never abducted.

The next set was called Little Twists.  Its much like the A Twist Of series, but the only exception that it features Melissa Scully. In this universe, Dana Scully was never abducted and never had cancer.

Thanks to Aimee for the dust jacket.

There will be a new trilogy

Back to Erin's Fanfic